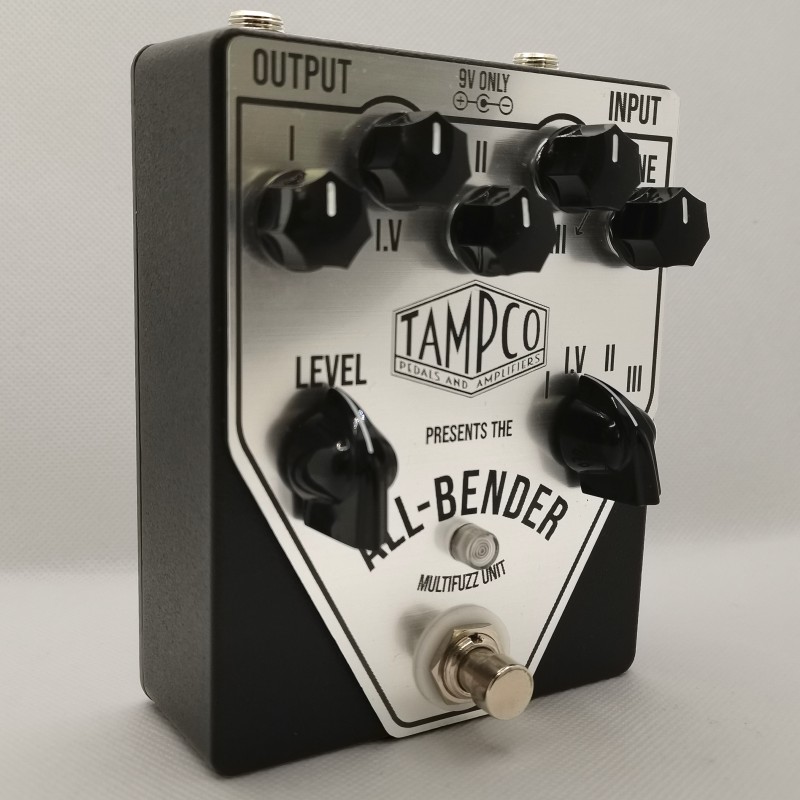 The only tone bending fuzz you'll ever need !

Way back in 1965, a London store released their version of the first fuzz pedal ever, the Maestro FZ-1. Their version was called the Tone Bender, and that pedal took the burgeoning rock n’ roll scene by storm. Then in 1966 they released the Tone Bender II Professional, which proved even more popular and became the choice of legendary players such as Jimmy Page and Jeff Beck. Decades later, dedicated fans of the Bender actually found a third version of the famous circuit that indicated a transition between the first iteration (that later become known as MkI) and the almighty MkII. That transition model was nicknamed Mk1.5, and it features two germanium transistors instead of the usual three, which made it the inspiration for the Fuzz Face. Finally, in 1968, the Tone Bender 3 became the last of the great original Benders, with a radically different circuit that actually owed more to the Burns Buzzaround (Robert Fripp’s pedal of choice) than to the Bender lineage. That last one was also the first one to feature a tone control.

More than fifty years later, more or less faithful replicas of those legendary pedals are selling for silly prices, which makes it impossible for regular musicians to experience the full scope of what a great Bender can do.

Enters the Tampco All Bender. That brilliant French creation offers the sound of those first four Tone Bender circuits in all their fuzzy glory without a single germanium transistor. The All Bender has been designed with silicium for a more reliable pedal and in order for every unit to sound exactly as Tampco intended, regardless of the weather, humidity and time of the day. A switch allows you to pick your version, between the acid bark of the MkI, the warm cushion of the 1,5, the harmonically charged screech of the MkII and the fluid, gain-laden Mk3. The gain can be adjusted individually for each version, and a tone control has been added for the Mk3, but the output volume is set with a general Level control.

The All Bender is extremely simple to approach, but it gives you a huge wealth of fuzz sounds that are guaranteed to satisfy even the most die-hard germanium fans. Pick your favorite and roll with it, or enjoy the luxury of switching between versions on the fly: Tampco gives you the keys to the Bender kingdom.